Perfect solution for very demanding application, giving the large possibility of using it in automation systems. High quality, reliability and advanced possibilities make it one of the best solutions on the market.

Bookshelf- “side by side” mounting

available in Ip66 protection up to 22kW

More information about the S100 series

Modernity, versatility, simplicity and a very favorable quality-to-price ratio are the main features distinguishing the S100 series, against the wide spectrum of competition models. The device introduces many novelties, unprecedented in the LSIS offer: Dual CPU technology (two processors – main DSP and auxiliary MCU I / O), internal data exchange is carried out with the Can bus, significantly improved algorithm of sensorless vector control, innovative cooling system , safety input. Ultimately, the S100 series is to be the successor, a very popular series of converters from the IG5A family. S100 inverters can be purchased in two different protection standards (IP20 and IP66) and two types of power supply (single and three phase). Similarly to the IS7 series, the S100 has a dual rating, which, depending on the type of load, allows operation with larger or smaller motors (for alternate loads the choice of power series is lower than indicated on the motor nameplate). The power section looks as follows: 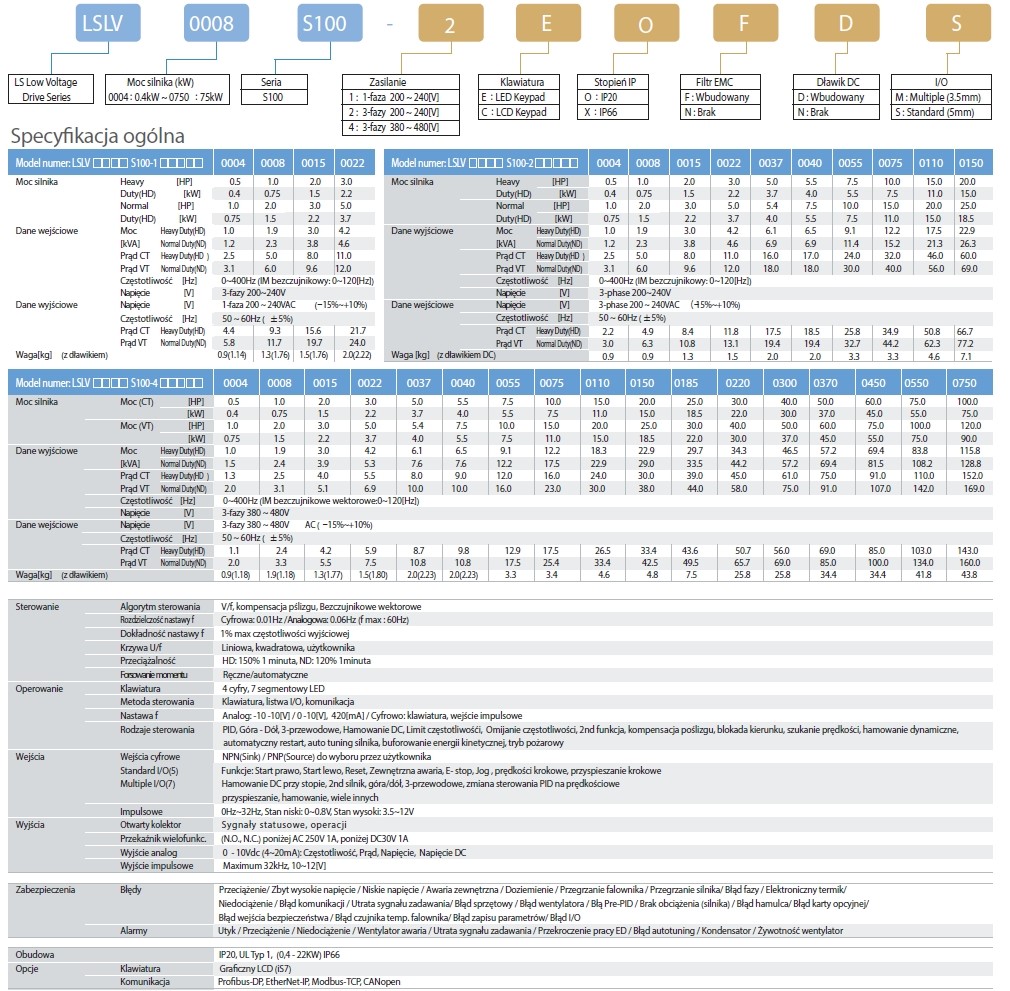 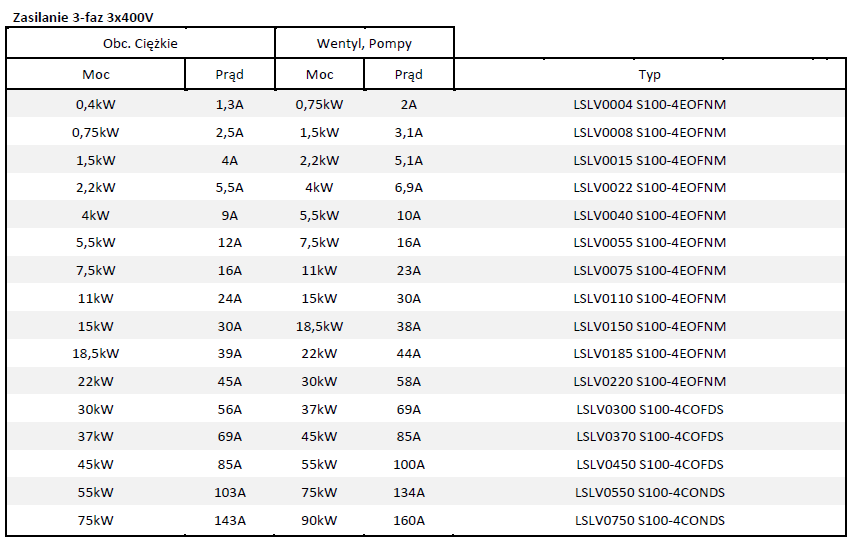 The new generation of S100 drives has been quite slimmed down in terms of size. It is also possible to install devices side by side, which helps saving space on the mounting plate. Comparing the 11KW model with the current IG5A series (dimensions and weight), the S100 is almost 40% smaller:

In addition, an C3 EMC filter a braking module are integrated in the entire power range. For a capacity of 30 – 75KW inclusive, a choke is installed in the DC direct current circuit, which improves the power factor and reduces the THDI factor.

The inverter offers to the user enormous application possibilities. You can easily adapt the device to your own, sometimes very sophisticated, needs
(eg, the standard maximum output frequency is 400Hz, after switching the appropriate parameter it is possible to operate with motors up to 1000Hz). The S100 series offers most of the features that can be seen in the existing industrial IS7 series (brake operation, KEB, flying start, regenerative prevention, speed and torque control and many more).

2 analog inputs (one voltage, the other universal voltage or current input to be selected by the user).

Analogue universal, voltage or current output to be selected by the user.

An additional advantage is the presence of Modbus RTU bus (standard) and communication option cards: CanOpen, Ethernet IP / Modbus TCP, and Profibus – DP. Modbus RTU communication has almost six times faster data exchange compared to the IG5A series (S100 communication speed 115 kbps). Particular attention is drawn to the user sequence function (more information about user sequence function in the “download” section). It allows you to create simple sequences. We have 28 different function blocks at our disposal, which should be connected using links (addresses) with the appropriate input-output parameters. The user can also define the time of the program loop.
Function blocks can be distinguished by arithmetic, logic, timers, comparators, and bits testing. The inverter also offers P2P communication between connected units using the RS-485 port. It is possible to parameterize multiple devices from the level of one keyboard, dividing the inputs / outputs.

The frequency inverter is intended as a universal drive for most applications: 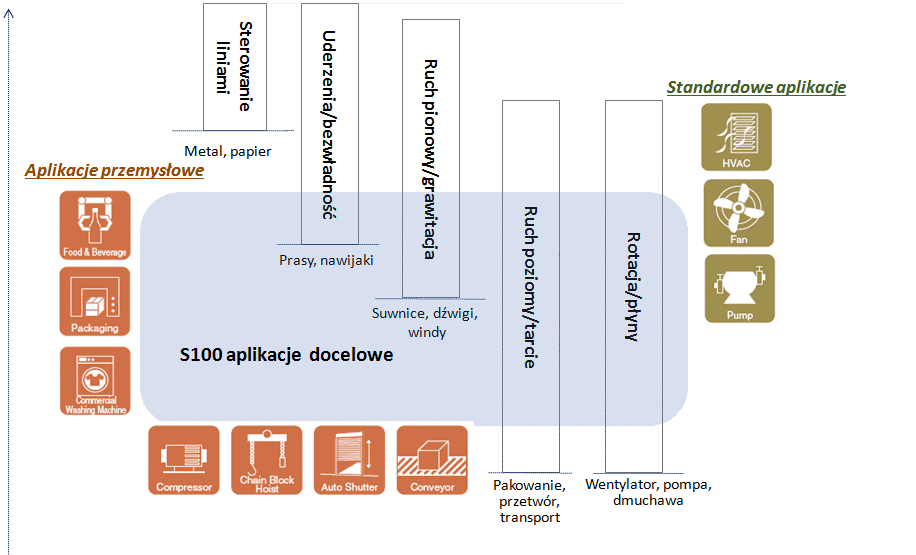 A multitude of available functions, numerous communication cards, built-in PLC functions and a safety input, make the S100 inverter a universal tool for the vast majority of industrial applications.

This website uses cookies to improve your experience while you navigate through the website. Out of these, the cookies that are categorized as necessary are stored on your browser as they are essential for the working of basic functionalities of the website. We also use third-party cookies that help us analyze and understand how you use this website. These cookies will be stored in your browser only with your consent. You also have the option to opt-out of these cookies. But opting out of some of these cookies may affect your browsing experience.
Necessary Always Enabled

Any cookies that may not be particularly necessary for the website to function and is used specifically to collect user personal data via analytics, ads, other embedded contents are termed as non-necessary cookies. It is mandatory to procure user consent prior to running these cookies on your website.